After a young businessman concludes a new deal that seemingly brings bright hope to the future, he crosses paths with an unknown woman who gains his trust. Perhaps neither of them are quite who they seem to be. 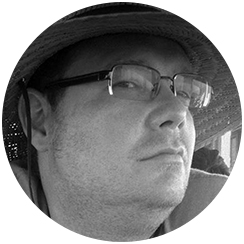 Jessy Cale Williamson was born in New Orleans and grew up on the north shore of Lake Pontchartrain, Louisiana. His passion for film and photography was evident at an early age. In 2007, Williamson was given an opportunity to enter the film industry, and resulted in him working in multiple departments on many films, including: "Secretariat," "Green Lantern," "21 Jump Street," "Parker" and the television shows "Imagination Movers," "Great Weekends," and "Sons of Guns." His directorial debut, "A Warehouse on Tchoupitoulas," had its world premiere to a sold out crowd at the 2013 New Orleans Film Festival and was also accepted to the Pontchartrain Film Fest, the Asheville Cinema Fest, Cinema on the Bayou Film Festival and French Quarter Fest.

A mysterious woman and a man plagued by guilt, the main characters of “Room 618” are edgy and bold in this short thriller. So what does it take to make such a haunting piece? The writer and director behind the film, Jessy Cale Williamson, explains the symbolism behind the number and the inspiration for his story.

PBS: This is a pretty dark plot. Where did this storyline come from and what does your creative process look like when you begin working on new stories?

JESSY CALE WILLIAMSON: So, the initial idea came from studying the anglerfish. From that I decided I wanted to write something with a female character that feigned weakness then struck violently. And, even though it's a bit cliché I wanted to use stealing a kidney as her motivation. As far as writing, I try to put the idea together in my mind then emerge myself in that world and explore options.

PBS: What is it like going through auditions for this? Did you know any of these actors beforehand, and what made them right for the part?

JESSY: I got real lucky on this one. I had worked with Garrett Hines several times before on other people’s films and knew he had the chops to pull this character off. He was just in the Academy nominated film “Trumbo” and the Oscar Award winner “The Big Short.” His star was rising and I wanted him in one of my films before he blew up.

I needed a female lead that was beautiful and could convincingly speak with a Russian accent. I asked Garrett and he told he had just met someone that may work. Garrett, Tatiana and I sat down for drinks one night and talked it over and it instantly just had a great fit. I put a feeler out for the bellhop and a friend recommended Sam Cobean; it was also was a great fit. The hotel manager is one of my best friends. He's been in several of my films and was also the First AD (First Assistant Director) on this one.

PBS: It’s always intriguing to learn whether or not the numbers used in films have meaning behind them for the writer. Out of curiosity, why room 618? And the purpose behind the tattoo?

JESSY: I had been in the hotel before and knew room 618 was connected to room 616 and 620 and they were at the end of the hall so we wouldn't disturb anyone and it would be quiet. By renting all three rooms and shooting in the middle one, 618, we wouldn't hear TVs or talking from connecting rooms. We would have a built-in buffer.

The tattoo — if I remember correctly, I had cast Garrett pretty early on, before I even had the film completely written, and during that time a good friend of his passed away and he got that tattoo. It's a real tattoo, I promise you. Once I saw it I asked if we could include it in the film and he was all for it. I felt it was abstract and creepy enough to add to his character.

PBS: The bellhop says he had already helped the character. Can you explain this?

JESSY: So, the male lead is a murderer selling his business and leaving town but before he can leave he gets caught by the female lead. Once his kidney is stolen and he wakes up, he asks the bellhop for help. The bellhop has written "Call 911" on the tub wall and given him a cell phone. In the bellhop’s eyes, not killing him and giving him a chance to live was helping him.

Louisiana Public Broadcasting is a state network of six non-commercial television stations licensed to the Louisiana Educational Television Authority (LETA), established in 1971 by the Louisiana Legislature. The Mission of Louisiana Public Broadcasting is to provide programming that is intelligent, informative, educational and entertaining. LPB strives to connect the citizens of Louisiana by creating content that showcases Louisiana’s unique history, people, places and events. In addition to the programs that LPB produces, such as our weekly newsmagazine "Louisiana: The State We’re In," and our catalog of documentaries about the people, places and issues of importance in our state, LPB airs quality national programming. We air news programs such as PBS NewsHour, mainstay children’s shows like "Sesame Street," home improvement programs including "The This Old House Hour," British comedies such as "Keeping Up Appearances," and much, much more.