HOME IS A HOTEL

Huan Di and her daughter Jessica live in an 8ft x 10ft room with no kitchen or bathroom. Recent immigrants from China, they navigate a new language and culture while living in Single Room Occupancy Hotels, a vital but fast disappearing housing option for San Francisco's working class. 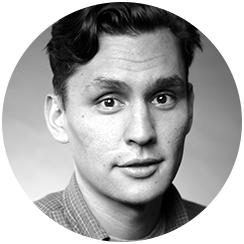 Kevin D. Wong is a Bay Area-based director, editor, and producer. After a stint in visual effects at ILM, he ventured out into the world of independent filmmaking. His narrative films include "Forgetting," an adaptation of an epsiode of "Radiolab," and "Be My Baby," a family drama that was featured on Comcast's "Pinoy TV." Wong's feature screenplay "Nellie" was a 2nd round selection in the 2013 Sundance Screenwriters Lab. 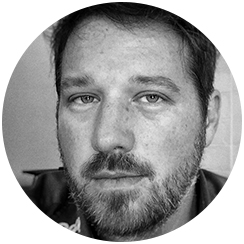 Todd is a documentary filmmaker and television producer currently based in San Francisco. In 2007, Todd produced and co-directed “Red Without Blue,” which received the Audience Award from the Slamdance Film Festival and the Jury Award from the Frameline Film Festival. He has also produced live events and behind-the-scenes programs for Fox, MTV and Spike. Todd currently works as a freelance editor, and was recently awarded a Qatar Foundation International grant to produce a series of shorts on the Pacific trash gyre.

Imagine living in a cramped bedroom with your entire family, splitting a bathroom amongst strangers, and waiting to cook meals in a single, crowded kitchen. There’s no privacy and despite the conditions the prices are steep. This is the life of San Francisco resident Huan Di and many others who share her story. Living in a single room occupancy hotel, Huan Di and her daughter Jessica opened up their door to the crew behind “Home is a Hotel.”

PBS: The entire film is in black and white. What was the reason behind this? Is there a message here?

KEVIN D. WONG: SRO life is chaotic. Even just visually it can be overwhelming. As we were editing the film, we were struggling to bring a sense of cohesiveness to the aesthetic that communicated the grittiness of the place while also bringing a sense of dignity to the subjects. There was no budget for a colorist and so we were just kind of trying things and when we stumbled onto the black and white it immediately just felt right.

SASHA HAUSWALD: My great-grandmother lived in SROs during the ‘30s and ‘40s in San Francisco, and her life story is one of my inspirations for this film. I only have a few photos of her, but they are moving — she looks gorgeous, classy and melancholy — and of course they are all black and white. Life inside SROs is now, and has always been, a life lived literally and figuratively in the shadows. I love the way black and white ties us to the past and gives Huan Di’s story a timelessness.

TODD SILLS: Beyond that sense of timelessness, the film is a little bit of a love letter to San Francisco. We also wanted the viewer to know that they were not experiencing a piece of purely unbiased journalism, but something closer to perhaps an essay. Creating something in black and white felt like an effective shorthand to let the audience know that.

PBS: During the film Huan Di often speaks about her daughter and mentions how Jessica is embarrassed to tell her friends about her living arrangement. Though the audience sees them speak to one another, they don’t really hear from Jessica herself. What was it like for you to witness her in this environment? How do you feel she handled her situation for someone so young?

KEVIN: With Jessica, we just wanted to give her as much space and agency as possible while still telling her mom’s story. The seismic shift of changing your school, country and language is tough on a kid. Having experienced it myself, I know it makes you grow up fast. I have no doubt she would and does have volumes to say on the subject but we wanted to be respectful of her comfort level with the camera.

SASHA: Both Jessica and Huan Di handle their circumstances with pragmatism and grace. That said, they were remarkably candid with us about their feelings of shame. I cannot imagine the disappointment of finding yourself barely scraping by, struggling daily just to pay rent for a 10X10 cell after immigrating to the U.S. in search of a better life. And it is always so heartbreaking to see a child experiencing shame. But perhaps the even more remarkable thing was to witness both Jessica and Huan Di going about their business without ever stopping to wallow in self-pity. I think their attitude defies the stereotypes that SROs would be unbearable for “normal” people, or that immigrants are just “used to” living in small, overcrowded spaces.

KEVIN: Toward the end of filming, Jessica finally started to warm up to us and if I have one wish for the film it would be that we had the opportunity to spend more time with the two of them. While we were filming the last scene of them in the park I actually gave Jessica the camera and asked her to film her mom which she seemed to really get a kick out of. We’re actually in development of a feature length documentary about SRO residents in part because we want to be able to broaden the scope to hear from some of the children growing up in these places.

PBS: Huan Di and Jessica share their kitchen and bathroom with everyone else in the SRO. Was there a sense of community amongst everyone? How did you learn about Huan Di’s story?

TODD: There certainly is a sense of community. Mostly for the better insofar as everyone feels like they need to look after each other. That proximity though can create friction when the space they inhabit structurally doesn’t have the resources to accommodate everyone’s needs.

SASHA: Chinatown residents are generally more interconnected than residents in other neighborhoods, people are at least a little more likely to know their neighbors. In some SROs we visited elsewhere, neighbors avoided each other in order to avoid conflict (it is hard to have so little personal space). So, I do not think that the sense of community we witnessed in their building is always characteristic of SROs, but I venture to hope that it is common to many Chinatown SROs.

KEVIN:  I think the scene in the kitchen where the man is giving Huan Di a hard time about how long she is using the kitchen really exemplifies the dynamic in the building. Inevitably there is friction and tension can get high but in the end they can laugh about it together. But like Sasha said, Chinatown is something of a special case in terms of how close the community is and it’s definitely not the case in every building that the residents are as tight knit.

PBS: Your work makes an important point about the cost of living in San Francisco and how something needs to be done to make housing more affordable. It was especially eye opening when you mentioned that customers were being served $300 cocktails in an establishment just two blocks from Huan Di’s new studio. What do you hope to achieve with this film?

SASHA: SROs have been an integral but relatively hidden part of life in San Francisco for over a century. They have housed workers and the down-and-out for nearly as long as this city has been considered a “city.” In fact, at one point nearly a quarter of the population lived in residential hotels. The struggles facing these San Franciscans has changed surprisingly little over time, even as economic growth and technological progress has significantly improved quality of life for many others across the globe. Professionally, I am a housing policy consultant and work with municipal governments that want to create a mix of housing for workers and families at all income levels. It was tempting to make a movie that would preach about the importance of reasonably priced housing and teach about the wonky policy solutions we can implement to create an inclusive city but, thankfully, I am working with storytellers who know that the way to inspire is to show, not to tell, so we veered away from a specific “call to action.”

I hope people walk away from this film with a deeper appreciation for part of the city that has been overlooked by the tech boom. I’ve often heard it said that “everyone” works in tech now. In fact, San Francisco is still incredibly diverse in innumerable ways. I want to protect that diversity, but we can’t do it without creating and protecting affordable places to live.

TODD: Our goal is to foster a wider sense of empathy across all socioeconomic levels in the city. Too often, the residents of SROs are painted with a broad and disparaging brush.  But Huan Di and Jessica are not by any stretch atypical SRO residents... and moreover, they are the kind of people anyone of us would feel lucky to call neighbor. In that sense, our project is San Francisco — a city that our families have called home for generations.  Who gets to call this city home? Will Huan Di and Jessica? We’re not interested in shaming those that choose to purchase $300 cocktails. But that disparity does highlight the fact, that we as a community, could do a lot more to allocate resources toward protecting housing stock that gives families a better shot at making a home for themselves in this city we all love.

KEVIN:  I think we really want to pose the question to the audience, “What makes the city what it is?” Cities have historically been places where people from marginalized and outsider groups have been able to find opportunities and communities. Our grandparents came here and did that; what does it mean if there isn’t space for people them any more?  How does that change what the city means? Right now it feels like people are just throwing up their hands and saying, “It’s market forces, there’s nothing we can do about it” but I don’t think that is necessarily true. San Francisco is going to change and I think it’s important that people understand their role in that change and that they have some say in the shape that change takes.

The Center for Asian American Media (CAAM) is a nonprofit organization dedicated to presenting stories that convey the richness and diversity of Asian American experiences to the broadest audience possible. We do this by funding, producing, distributing and exhibiting works in film, television and digital media. For 35 years, CAAM has exposed audiences to new voices and communities, advancing our collective understanding of the American experience through programs specifically designed to engage the Asian American community and the public at large.