This film captures an actor’s conversation about the lack of diversity in filmmaking, amid the backdrop of potential prejudices in Hollywood South. After being joined by another fellow actor, the trio figures out that the solution is to take charge of their own destiny. 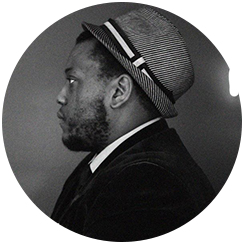 Jonathan is the Creative Director at The American New Wave Media Group. Jonathan has directed music videos for several well-known artists. He was selected for the “Emerging Voices” program in 2014, and mentored by Emmy Award nominated director/producer Dawn Porter. He was also selected into HBO’s “Project Greenlight” 2014 Top 200. Jonathan remains vocal about the lack of diversity and opportunity for minorities in the film industry. 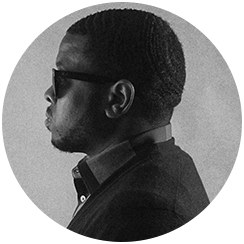 Philip is an independent film producer, as well as a broadcast director for WDSU –TV in New Orleans. Philip’s films have ranged from documentaries on social injustice to narrative, from romance to horror. 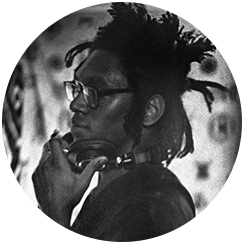 Dominic a recent graduate of Loyola University, was born and raised in New Orleans, La. He is also a graduate of The New Orleans Center for Creative Arts, and is currently on tour with Grammy Award nominated artist Christian Scott.

Diversity, or the lack thereof, is an ongoing conversation that still occurs within the film industry. Director Jonathan Jackson opens up about the message behind his work, “Greenlight."

PBS: Let’s start with the title, “Greenlight.” A  greenlight means that a film or show will be moving forward. In the context of your film, why did you choose this when thinking of a name for your project?

JONATHAN JACKSON: A shorter version of the film was made for HBO's “Project Greenlight,” and the title came as tongue-in-cheek toward the competition. My producer Philip Williamson Jr. and I figured that the competition would not select a filmmaker of color, and although we wanted to tell a story about the lack of diversity in the film industry, we named it as an inside joke toward the competition itself.

As filmmakers of color, we tend to have conversations with actors of color who are frustrated with the industry, and their opportunities, or lack there of, in this industry. My reply to these actors is always to make your own film, to tell your own story, to greenlight yourself. Essentially, that's what the film is about, and the title summed it up the best.

PBS: There’s an interesting use of color in the film. At the beginning everything is in red, there’s movement to black and white, and finally there are transitions with color throughout. What were the intentions behind this?

JONATHAN: As a cinematographer, I try to create atmospheres and color schemes that aren't usually associated with shooting African American actors. I wanted to make sure that there was a separation between the characters reality and his perception of his situation. Instead of having a film in color, flashing back to black and white, we created a black and white reality against a colored flashback/flash forward.

The two metaphors, "black and white", and "colored", can be examples of the character's outlook on his situation, so I used that idea to create the color scheme. In his flashbacks/flash forwards, he sees the world as seeing him as "colored,” but in reality, it still comes down to "black and white.”  To simplify, I chose to use color schemes with the idea that we dream in color, for better of for worse, but we tend to live in black and white.

PBS:  There is some great music accompanying your film. How do you go about choosing the right selection to fit the tone of your work?

JONATHAN: The music was composed by Dominic Minix, a young guitarist from New Orleans, and his quartet — Xavier, Nic and Mike — who are obviously really talented. Being a fan of French New Wave, specifically Jean-Luc Godard, and also being born and working in a place where jazz was born, I really didn't have much of a choice but to have a jazzy flavor when it came to adding music to Greenlight. I felt that the best way to make this film work was through conversation, and making sure the conversation, as a whole, was short, and was to the point. I wanted the action to move at a steady pace, but being able to tell a whole story in 3-5 minutes.

Dominic's score paces the dialog perfectly, allowing the words I wrote to accompany his music as if it's its own instrument. In post, I wanted it to feel like a scene from Godard's “Breathless,” and I believe Dominic's score was critical with making sure the film wasn't a harsh critique on Hollywood South, but a cool conversation about diversity among friends.

PBS: He asks his manager, “What’s the plan?” This is a good question for everyone in the industry – what is the plan to bring diversity not just in Hollywood South but filmmaking in general?

JONATHAN: The message I want people to take away depends on who is watching the film. We, as people of color, have to find ways to be a part of the system, whether inside of it or not. It is almost impossible for most filmmakers of color to make a cohesive short film. No one wants to support a poor man's dream. So, we have to be smarter and have more of a drive to tell great stories and create great films.

The other message is we have to find ways to support minorities and filmmakers of color. If you know someone who is a filmmaker, contribute to them anyway you can. It doesn't have to be a dollar amount. It can be as simple as letting them use your business, making sandwiches for a small crew, using social media to help promote the filmmaker or their film, or giving a filmmaker a hug. Greenlight was shot with no money. Literally. We did everything ourselves. We planned on making a film that would not cost us a dollar, and put all of our resources into figuring out how to successfully tell this particular story with no money.

As much as I'd like to wear a badge of honor, the reality is that as a minority, this is more than likely the case, and not everyone has the drive that we had. It's too hard for minorities, which include women, people of color, and LGBT, to spend thousands of dollars on short films, so we have to be fiscal, and we have to have the support of the community as a hole in order for us to get past these issues of diversity in our society.

Louisiana Public Broadcasting is a state network of six non-commercial television stations licensed to the Louisiana Educational Television Authority (LETA), established in 1971 by the Louisiana Legislature.

The Mission of Louisiana Public Broadcasting is to provide programming that is intelligent, informative, educational and entertaining. LPB strives to connect the citizens of Louisiana by creating content that showcases Louisiana’s unique history, people, places and events.

In addition to the programs that LPB produces, such as our weekly newsmagazine Louisiana: The State We’re In, and our catalog of documentaries about the people, places and issues of importance in our state, LPB airs quality national programming. We air news programs such as PBS NewsHour, mainstay children’s shows like Sesame Street, home improvement programs including The This Old House Hour, British comedies such as Keeping Up Appearances, and much, much more.